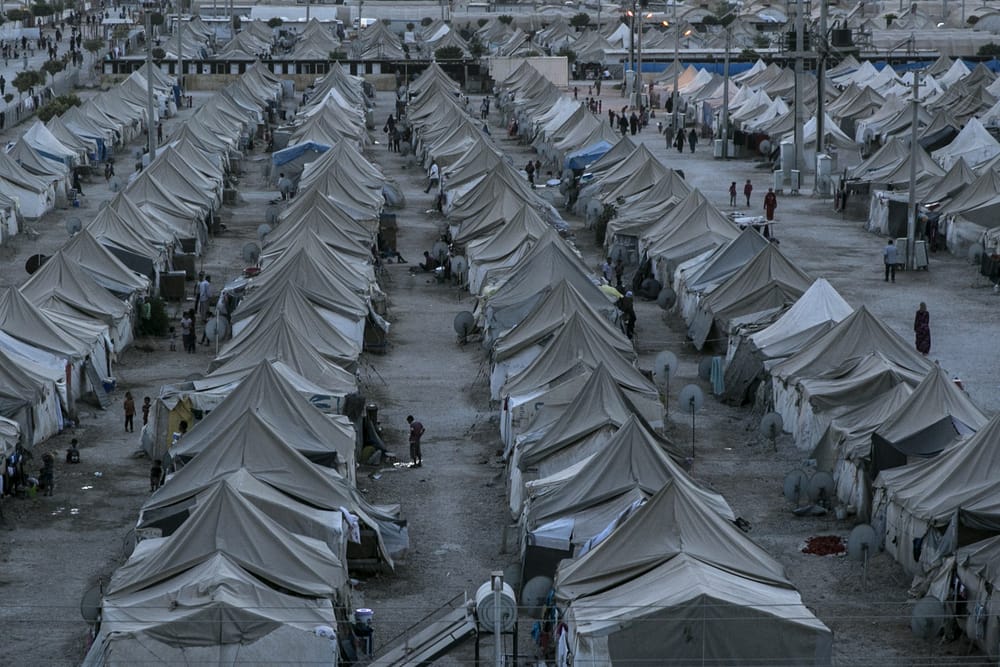 While UKIM started by provided aid to refugees in the UK, they now provide aid to refugees in Asia, the Middle East, and Africa, to protect them against dehydration, hunger, malnutrition, homelessness and poverty. While there are refugees all around the world, UKIM aims to help as many as possible, particularly those in poorer countries.

Refugees are often forced to live in makeshift shelters that do not consist of adequate or essential facilities for them. This makes the lives of many refugees unbearable, albeit better than being in no shelter at all. However, UKIM is focused on improving the conditions of shelters that many refugees reside in, to make their stay more comfortable and safer.

Charity work is particularly needed today to support those in need all around the world, including refugees in countries such as Syria, Pakistan, India and Yemen, who are deprived of adequate shelter, food, water and medical attention. This is how UKIM helps refugees.

There are as many as 11 million Syrian refugees currently in need of support and aid, of which many have been affected by displacement. This has resulted in individuals being separated from their families, leading to families being torn apart. This has been the sad reality for thousands of Syrians.

The crisis of unsatisfactory, and frankly dangerous living conditions has not yet ended. This is because refugee shelters are not equipped with the necessary equipment to aid the Syrian refugees, such as clothing, medical aid and hygiene kits, which has resulted in the deaths of many young children. UKIM continues to provide these with the help of your donations.

Rohingya refugees have been labelled as illegal immigrants by the Myanmar government, who have revoked their citizenship and do not want them in the country. These refugees make up one million of the 52 million population. The crisis that the Rohingya refugees are facing is far from over and is one of the most current severe emergencies that require help, and quickly.

Rohingya refugees are in desperate need of aid, which UKIM aims to provide in the form of distributing food packs, installing clean water pumps, and providing medical supplies as well as shelter and prayer spaces.

Refugees in Yemen have experienced a similar crisis as Syrian refugees, who have been forced to leave their homes. However, this has occurred in Yemen on a much greater scale: at least four million people have been displaced. Many of these refugees have gone without adequate healthcare and support due to poor funds. Besides this, many refugees in shelters and camps in Yemen are at risk of contracting diseases from drinking dirty water and due to cramped conditions. This means diseases like Covid-19, cholera, measles and fevers spread quickly, and given the limited medical support available, this results in the inevitable, yet preventable deaths of many Yemenis.

UKIM is working to prevent these deaths by providing healthcare kits, medical attention to those who need it, food packs, and clean drinking water. While these are basic items, they are seriously needed.

UKIM has also been providing for refugees in India. 80 million of the 1.3 billion citizens in India cannot readily access clean drinking water, and many live in poor living conditions like slums. Therefore, UKIM has provided support for orphans and refugees with clean water, healthcare kits, food and more adequate shelter. They have also installed several wells and water pumps to provide this help.

Poverty and natural disasters affect Pakistani refugees severely. The monsoon season in Pakistan is from late June to early October, and in this 4-month period, many are forced out of their homes due to weather conditions and flooding.

UKIM works to provide the same support to refugees in Pakistan as other countries, including medical care, food, water and shelter. They rely on donations from the public to supply these to those in need.

Wondering How Is Gold Taxed In An IRA? Here’s All You Need To Know

What is A Minimum Balance