Why Do Cats Hiss at Their Owners and Other Cats? 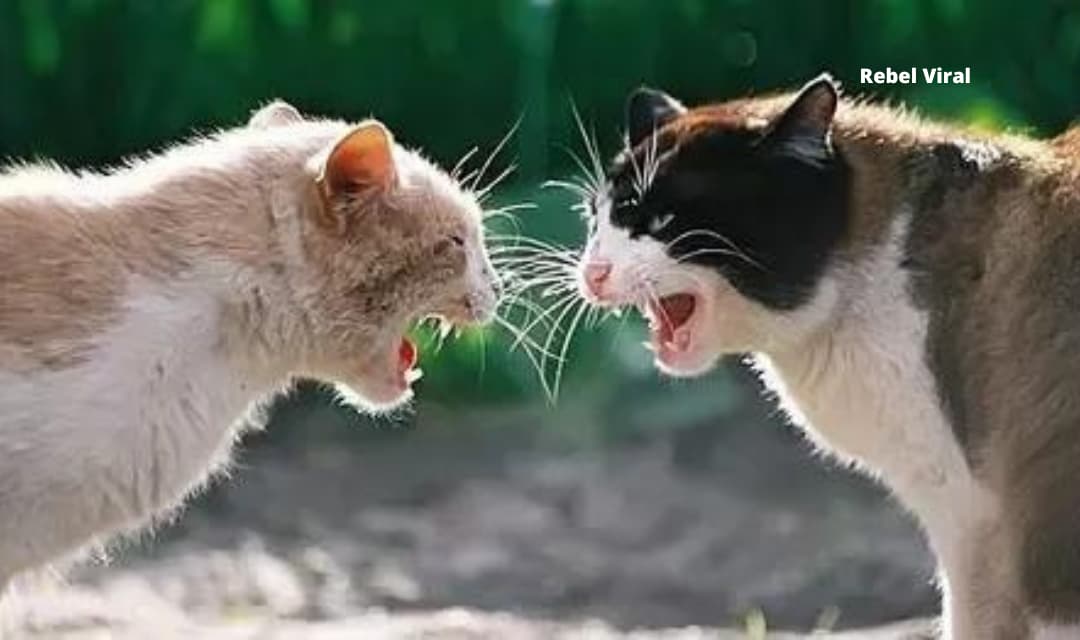 Why Do Cats Hiss at Their Owners and Other Cats?

If you’ve ever wondered why do cats hiss, you’re not alone. Cats can hiss at other cats, kittens, and even their owners. It may seem like a random act of anger, but it actually serves a purpose, says veterinarian Dr. Brian Evans. Cats hiss as a means of warning others to stay out of their territory, he says.

Why do cats hiss?

Cats hiss for a variety of reasons. Some cats hiss out of fear, discomfort, or pain. Others hiss as a form of defense, such as during a territorial conflict. Whatever the cause, it is important to understand the reasons behind cat hissing and what can be done to address the problem.

If you’ve ever tried to pet a cat and noticed that it hisses, it’s important to understand the psychology of the behaviour. While cats do not always show their pain or discomfort to humans, they might hiss when they’re frightened or feel threatened. In these instances, it’s best to step back and provide a calm space for your kitty to calm down.

Cats may also hiss when they’re defending their young. This behavior is a protective reaction, and it may indicate that a kitten has encroached on the territory of a resident cat. If you’re not sure about the reason for your cat’s hissing, you can ask a behaviorist or veterinarian for guidance. If the hissing persists, your kitty may be ill or have some sort of aggression problem.

Why do cats hiss at other cats?

Cats hiss at other cats for a number of reasons. They may be frightened, tired, or territorial. They may also be reacting to loud noises or activity. In these cases, a simple solution is to separate the cats and close the door. This should calm the cat down and help it relax.

Most cats hiss when they perceive danger. It’s a defensive reaction, and the cat is trying to avoid physical confrontation. Hissing can also be a sign that a cat is in pain. A cat might hiss when it’s being scratched at a specific area.

Cats hiss to establish dominance. They may have specific areas in the house that they consider “theirs.” They may also hiss to mark their territory. This behavior may indicate a bad relationship.

Why do cats hiss at kittens?

Hissing at kittens can be a sign of frustration or aggression, and it is never a good idea to punish them for it. Instead, treat your kitten with respect and offer it treats once it calms down. If you notice that your kitten is constantly hissing, it might be time to take it to a veterinarian.

A cat’s hiss comes from forcing air out of its arched tongue. This can be felt by people near the cat. Cats also pull their lips back and flatten their ears against their head when hissing. They may even display piloerection in their hair coat.

The purpose of a cat’s hiss is not to scare anyone, but to warn another animal or person that it is about to engage in conflict with them. They may hiss to protect their kittens, protect their human caregivers, or find a mate. It may also be due to a medical condition.

Why do cats hiss at their owners?

There are several reasons why cats hiss at their owners. It may be due to threatening behavior, a feeling of territoriality, or a need to avoid certain actions or situations. Sometimes, it may also be because a cat is in pain or needs space. If you notice that your cat is hissing at you, take them to the veterinarian for an evaluation.

Your cat may be stressed by loud noises, sudden movements, or a new person or pet. It may take hours to calm down, but if it doesn’t, you should try soothing it with treats, catnip, or canned food. If your cat is still hissing despite these efforts, you should consider reintroducing him to other pets in a less stressful environment.

A cat may hiss to warn off predators. In some cases, it may also hiss when confronted by a loud appliance or a large, unfamiliar object. In addition to humans, a cat may also hiss at other animals. However, it is very rare for a cat to engage in a fight without first hissing.

Why do cats hiss at dogs?

If you’ve ever wondered why cats hiss at dogs, you’re not alone. Some veterinarians believe that cats hiss to warn other animals away. But it’s more than a defensive mechanism. Cats also hiss to communicate with one another. When they sense another animal is about to invade their territory, they hiss to make them stay away.

A cat may also hiss when it’s scared of something. This is true even if the cat’s fear isn’t very strong. Other signs of fear in a cat include pressing the ears flat against its head, puffed up the tail, and extra-wide eyes.

A cat might also hiss at a dog if the two are not familiar. They might smell the other animal on the person and think they’re a threat. You can prevent this by not approaching the cat and ignoring it. By ignoring the cat, you’re communicating to it that this person is not a threat. Otherwise, the cat may venture out and investigate the stranger.

Why do cats hiss at new cats?

Cats hiss at new cats for a variety of reasons. Whether they are defending themselves or just trying to show off their sharp teeth, a cat’s hiss is a way of communicating that something is not right. The noise is also an effort to create distance between the cat and the other one.

Cats who hiss at new cats are often showing signs of territorial aggression and trying to establish a dominance-based social order. Essentially, they are establishing their authority over the new kitten and are using this method to establish their dominance in the house. If they have been separated for a long time, they might feel more comfortable with each other if they are separated in an area that they feel safe.

Cats are naturally solitary creatures, and it may take some time for the resident cat to get used to a new kitten. The hissing at new cats is simply a cat’s way of communicating that they do not feel comfortable with the newcomer. They may be playing together or sleeping together, but the two cats may not bond immediately. Once they are acquainted, they should begin to enjoy cuddling, playing, and snoozing together.

Why would a cat hiss at you?

A cat’s hiss can be a warning to leave or an attempt to get your attention. It can also be a way to express discomfort. Sometimes a cat hisses because it is uncomfortable, is in pain, or is tired. It might also hiss because it feels threatened, or because you’ve handled it too roughly. If it does hiss, the best thing to do is to give it some space.

Cats hiss to ward off predators. Sometimes they feel threatened by an unfamiliar or loud object, such as a vacuum cleaner or large appliances. They also hiss to warn other cats or dogs. Despite this behavior, cats do not normally engage in physical fights without first issuing a warning hiss.

A cat’s hiss can be a warning signal that it’s not happy with you. While cats do not like to be petted or handled, it doesn’t necessarily mean that it wants to hurt you. This behavior is a sign that your cat may be in pain, and you should visit your veterinarian if the problem persists.

Cats hiss like snakes to warn people and animals of danger. This is a very common behavior in many land animals. The cat’s hiss is a highly expressive form of vocalization, which involves opening the mouth half way and drawing back the upper lip. The hiss is accompanied by spitting and produces a great deal of moisture. The purpose of this hissing is to scare the enemy away, which almost always works.

While snakes have no vocalizations other than their hiss, they do mimic some sounds from their environment. This mimicry is probably a survival strategy in the wild. Cats may have learned to imitate snakes through their DNA. Scientists, however, believe that their hissing is largely an involuntary vocalization. For this reason, it is important to distinguish a cat’s hissing from that of a snake.

In the wild, cats began mimicking snakes by hissing. Their hisses are similar to those of snakes, which means they’re both fear-based. In addition, different cats may use different hisses for different purposes.