Why Do You Yawn When You Wake Up or Feel Sick? 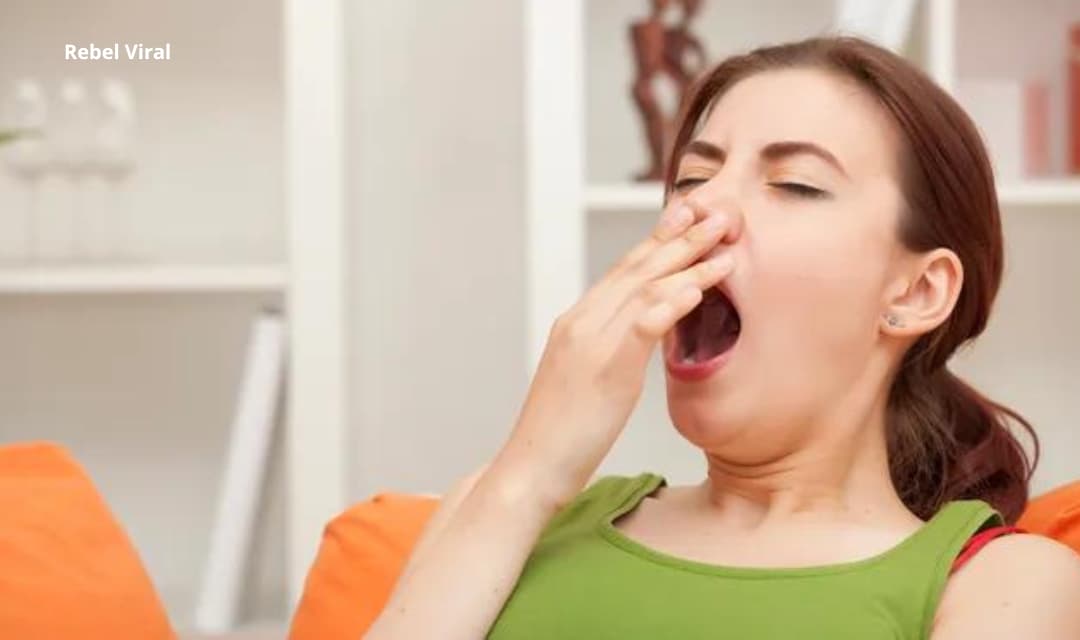 Why Do You Yawn When You Wake Up or Feel Sick?

You may be wondering why do you yawn. You may yawn when you’re tired, waking up, or if you feel sick.

This article will help you understand the reasons behind your yawning and find out what causes your yawning.

Why do you yawn?

While the scientific community was not able to discover a definite reason for yawning, many believe that yawning is an attempt to cool down the brain.

This is important for brain health as it helps regulate the temperature of the brain, promoting blood flow and better dispersing heat.

Additionally, opening the mouth helps cool the brain and increases the amount of air in the body, increasing alertness and blood flow to the face.

While yawning is a physiological process, it is also believed to have social and emotional effects.

In contrast to deep breathing, yawning is more likely when the body is in need of oxygen.

In addition, some people believe that yawning is a process meant to clear toxins from the blood and provide a fresh supply of oxygen.

Others believe that yawning is a cooling mechanism for the brain as it can cause the brain to get very hot.

Another theory states that yawning is a form of social mirroring. People who are socially empathetic are more likely to yawn when they see others yawn.

Social empathy is a hierarchy of emotional closeness with a person, with the closer the relationship, the greater the likelihood of yawning.

Why do you yawn when you’re tired?

There are many reasons why people yawn when they’re tired, but the underlying reason may not be as clear-cut as you may think.

In some cases, yawning is an expression of chronic fatigue, while in others, yawning may simply be a social mirroring reflex.

However, regardless of the cause, excessive yawning should be addressed by a physician.

When you go to the doctor, you should be sure to tell him or her when the yawning began and whether you have other symptoms.

This information may help the physician diagnose the cause of the problem and make the proper treatment.

Another reason that people yawn is to cool themselves. It helps move hot blood away from the brain and brings cooler air in from the lungs.

This cooling effect can also help with alertness. People who yawn when they’re exhausted may want to consider cooling off with some chilled fruit before bed.

Excessive yawning may be caused by underlying conditions, such as stroke, migraines, or a brain tumor.

Many medicines can also cause excessive yawning. These medications are often prescribed for depression, obsessive-compulsive disorders, and other medical conditions.

Other reasons to yawn include the fact that you’re stressed or sleep-deprived. Excessive yawning is a symptom of sleep disorders and should be investigated by a doctor.

Moreover, yawning excessively can be a side effect of some medications and can be a sign of serious illness.

Why do you yawn when you wake up?

Many people wonder, “Why do I yawn when I wake up?” The answer to this question is not entirely clear, but it is related to how we regulate our brain’s temperature.

In a 2014 study, scientists tracked the yawning patterns of 120 subjects. They found that the frequency of yawning decreased in winter. This could be because the body is pumping air into the lungs to cool it down.

The study also discovered that yawning is linked to alertness and increased blood flow to the face.

Excessive yawning can be caused by many causes, including sleep deprivation, insomnia, and narcolepsy.

There are several things you can do to minimize yawning. First of all, you can try breathing through your nose.

This will reduce the brain’s temperature, and it will also encourage good sleep. Another effective solution is to eat cold foods and fruit, which can help keep your brain cool.

Although researchers are still uncertain on the connection between contagious yawning and empathy, they have found that yawning is a common sign of illness.

Some studies show that people with depression or high blood pressure also tend to yawn excessively. This could be social mirroring, a way of interacting with others, or it could be a sign of a more serious disease.

Why do you yawn when you feel sick?

If you find yourself yawning excessively, you should see a doctor immediately. It may be an symptom of a more serious illness.

Excessive yawning can also be an indication that you do not have enough oxygen. This can be caused by disorders that cause slowed breathing, such as sleep apnea.

In addition to getting the right diagnosis, a doctor will also be able to recommend the right treatment for your condition.

The most common scientific theory behind yawning is that it helps regulate the brain’s temperature.

A 2014 study of 120 people found that yawning was reduced in colder months.

Another theory argues that yawning helps the body flex joints and stretch the lungs, which increase blood flow to the face. It may also boost alertness.

When we experience stress, we become drained and tired. The resulting imbalance causes the brain to produce more cortisol, which can cause fatigue.

Moreover, the effects of AFS can also be detrimental to the digestive system. In addition, the immune system is compromised, blood pressure rises, and sugar levels are abnormally high.

These effects lead to a variety of symptoms, including brain fog.

Excessive yawning can also be an indicator of hypothyroidism. In this condition, the thyroid gland does not produce enough thyroid hormones.

A lack of thyroid hormones can lead to fatigue and weakness. It may also be a symptom of Hashimoto’s thyroiditis, an autoimmune condition in which the body attacks the thyroid gland.

Excessive yawning may also be caused by a sleep disorder, such as sleep apnea.

Why do you yawn when you’re cold?

Scientists have found that yawning helps regulate brain temperature, and is one of the most common ways to alleviate discomfort on an elevator or airplane.

It also helps relieve pressure on the middle ear. Scientists have yet to determine why we yawn, but it is believed that the sensation is similar to that of swallowing.

Although the exact cause of why we yawn is still unknown, a recent study of 120 people found that the temperature of the brain is a key factor.

Additionally, yawning helps us awaken our body by stretching our lungs and flexing our joints. It may also boost blood flow to the face, increasing alertness.

Another potential cause for excessive yawning is overheating. Those who spend their whole day behind a computer should consider taking frequent breaks to take in fresh air.

It is also beneficial to try a 20-minute power nap during the day. Finally, drinking lots of water can help suppress yawning. Drinking cold water can be especially helpful for suppressing the urge to yawn.

There is also evidence that yawning is a physiological response to cold temperatures.

This reflex helps the brain cool down when it is exposed to low temperatures. In fact, people in cold weather are more likely to yawn than those in warm weather.

Does yawning mean lack of oxygen?

Although yawning is often accompanied by other symptoms, it does not necessarily mean that your body is depleted of oxygen.

Some studies indicate that excessive yawning is simply a function of the body’s efforts to cool itself down. However, yawning can be an early symptom of a more serious condition.

Be Aware! Benefits Of Having A Family Insurance Plan

Studies conducted by Andrew Gallup and Omar Tonsi Eldakar suggest that yawning may be a function of breathing.

When we yawn, we take a big intake of air, which causes our heart to beat faster. This increased heart rate may help the heart pump more oxygen through the body.

Another theory is that yawning is a protective mechanism that clears toxins in the blood. Furthermore, it may help the brain cool down when it is overheated.

In addition to yawning, excessive yawning may be a symptom of a sleeping disorder. It can also be caused by heart conditions or a brain problem.

In such cases, it is best to see a physician. These problems can be treated by finding out what is causing your excessive yawning.

Excessive yawning is often an indicator of a serious health problem. People who experience heart attacks may experience a sudden increase in yawning during an episode.

Another underlying cause may be a problem with the vagus nerve, a nerve that runs from the brain to the abdomen.

A doctor can perform MRIs to find out if a blockage or tumor is affecting the brain. Additionally, people with epilepsy and multiple sclerosis often complain of excessive yawning.