Why Am I Sneezing So Much with a Cold? 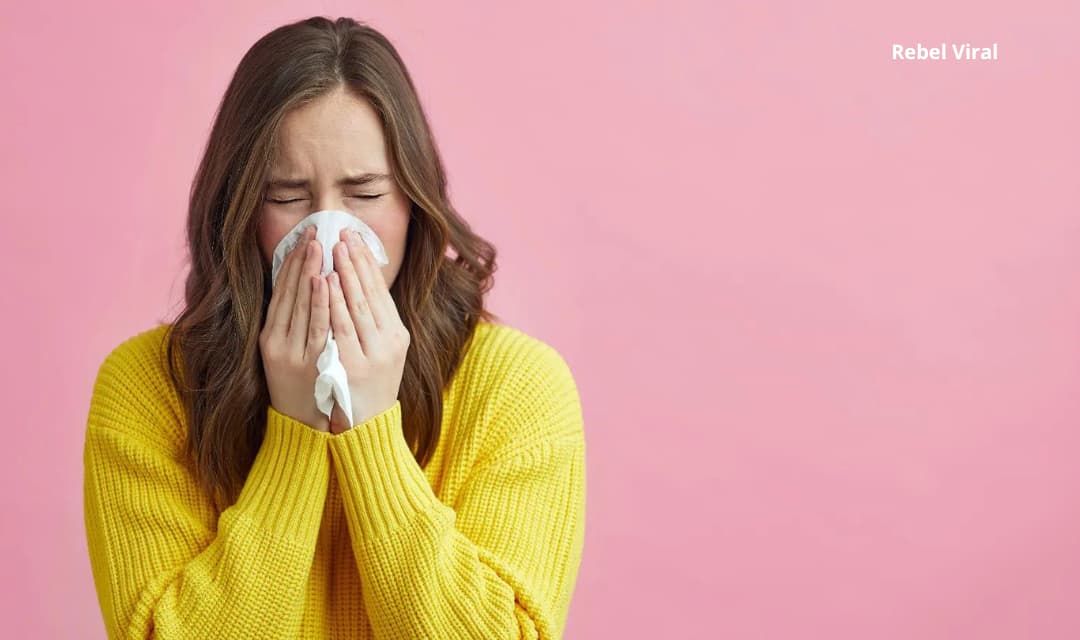 Why Am I Sneezing So Much with a Cold?

If you’ve ever wondered, “Why am I sneezing so much?” you’re not alone.

Allergy and asthma specialist Neil Kao says that while everyone’s nervous systems are similar, the signal that is transmitted along the nerves to the brain can differ from person to person.

This can cause a wide variety of sneeze scenarios. Regardless of the cause, sneezing is an important part of our immune system.

Why am I sneezing so much?

You might be asking, “Why am I sneezing so much?” It’s a natural reaction of the body that clears the nasal passages of irritants.

During a sneeze, the cilia, a group of cells in the airway, detect an irritant and trigger an involuntary sneeze.

This involuntary reaction expels the irritant at about 35 to 40 miles per hour.

In addition to clearing the nasal passages, sneezing is also a part of the body’s natural defense system, preventing irritants from entering the respiratory system.

While sneezing is rarely a serious health condition, it can be annoying and inconvenient. Fortunately, there are a few lifestyle changes that can help prevent your sneezes.

Using tricks such as a nasal spray or a sneeze-blocking mouthwash can help stop a sneeze in its tracks.

One common trigger for sneezing is plucking your eyebrows or pulling your hair.

Some people experience sneezing fits after eating spicy foods, including pepper. If you suspect that you have an allergy to pepper, see an allergist for an allergy test.

Why am I sneezing so much all of a sudden?

If you’ve been sneezing a lot all of a sudden, you may be wondering why.

Your body sneezes when it senses something it wants to get rid of. Allergies are the most common cause, but there are other factors that can cause your nose to constrict and make you sneeze.

Some of these factors include spicy food, powders, and strong-smelling perfumes.

Plucking your eyebrows can also cause a sneeze. Another possible reason for a sudden bout of sneezing is new medication.

One of the most common reasons for sneezing is an allergic reaction to irritants.

It is also a natural process of your body’s immune system to rid itself of foreign objects and germs.

The average person sneezes four times a day, but if you find yourself sneezing more often, you may need to see a doctor.

Why am I sneezing so much with a cold?

Many people suffer from frequent sneezing during a cold. The sneezing reflex is a natural biological response, which is triggered by the irritation of mucous membranes.

The body releases inflammatory mediators, which cause blood vessels to dilate and the mucus glands to secrete fluid.

These symptoms are common during a cold or allergy, and can even last for weeks or months.

Sneezing is an early sign of a cold, as it signals the onset of other symptoms, such as watery eyes, a runny nose, nasal congestion, cough, fever, and chills.

People may also sneeze when they are exposed to bright lights. This condition is called photic sneezing, and affects as many as 18 percent of the population.

People who suffer from this condition sneeze uncontrollably whenever they are exposed to bright light.

Sneezing is one of the body’s first and most effective defense mechanisms.

While you can’t control the sneezing reflex, it can help to relieve the discomfort associated with a cold or flu.

People with allergies should avoid smoking and secondhand smoke, which can aggravate the symptoms of sneezing.

Why am I sneezing so much in the morning?

It is common to sneeze in the morning, but there are a variety of reasons why this happens.

The first reason may be an allergy to pollen, which is highest during the morning. Another possible reason is an increased exposure to other allergens during the night.

Allergic rhinitis is a common condition that can result in a persistent runny nose, itchy eyes, and sneezing.

Read More: Do Worms Have Babies Or Lay Eggs?

Fortunately, many people can find relief for their morning sneezing by identifying the cause of the sneezing.

Whether you suffer from allergies or an underlying sinus condition, finding the root of the problem can help you find a solution for your symptoms.

A medical professional can prescribe a sinus treatment that will help you stop sneezing.

Allergies to dust, animal dander, and mould can lead to morning sneezing.

To help reduce these allergens, clean the house thoroughly and make sure you are using hypoallergenic bedding. You can also try petroleum jelly to trap dust mites.

Why am I sneezing a lot more than usual?

If you’re sneezing a lot more than usual, it could be a sign of illness. If the cause is allergies, you should take over-the-counter medications to relieve your symptoms.

However, if the sneezing seems to be ongoing, you should seek medical attention.

Why am I sneezing a lot but not sick?

Sneezing is a natural process. It expels irritating little particles and helps restore the function of the nose. It also helps prevent the passage of harmful substances.

While some people sneeze only once, others sneeze in groups of two or three.

The reason for this variation is not entirely clear. It may be due to a condition in which the particles did not make it out of the nose in the first sneeze.

All You Need: Finding the Best Health Insurance in Battle Creek Michigan

A common cause of sneezing is seasonal allergies to dust and pet allergens. Allergies can also cause congestion, watery eyes and runny nose.

In addition, sinus infections can also cause sneezing and other symptoms such as fever and fatigue.

The sneezing reflex can signal an upcoming cold. Other symptoms of a cold include watery eyes, nasal congestion, coughing, and fever.

Sneezing can also be triggered by bright light. In fact, some people develop a photic sneezing reflex, which causes them to sneeze habitually when exposed to bright lights.

Should I be concerned if I sneeze a lot?

Repeated sneezing is a common symptom of a viral infection. When you have a cold, your nose produces excess mucus, which blocks your sinuses and forces your body to sneeze repeatedly.

This symptom usually subsides within a week or two. However, if it persists, you may have sinusitis.

If they sneeze more than four times a day, they may have an ongoing infection or allergy, or may simply have a bigger lung capacity than the average person.

If a person has a weakened immune system, they can spread the infection to others by touching their mouth or eyes.

Sneezing can also be a sign of a serious infection, which can lead to a fever and other symptoms.

In these cases, it is best to see a doctor for a more detailed analysis. While sneezing is annoying, it is often necessary for the body to flush out mucus.

Sneezing causes pressure in the nasal passages and may damage the blood vessels in the nose, ears, and eyes. In addition, sneezing can spread infectious diseases to hands and clothing.

This is why the Centers for Disease Control and Prevention recommend sneezing into a tissue or upper sleeve.