Why is Traffic Stopped on I-40 East Today? 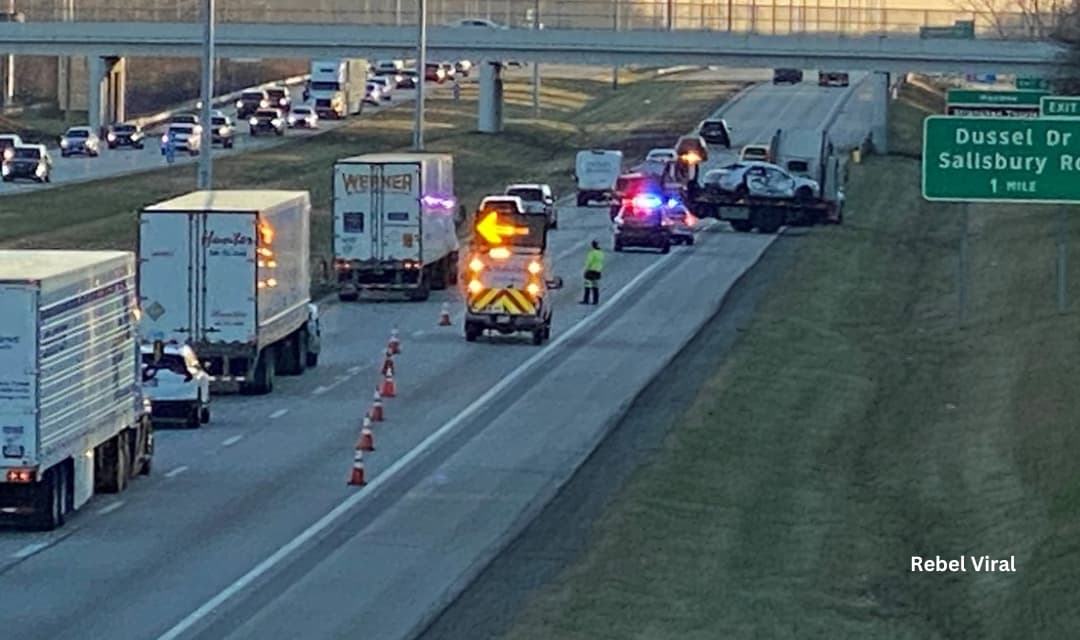 Why is Traffic Stopped on I-40 East Today?

I-40 eastbound lanes are still closed after the crash but westbound lanes remain open. As of Tuesday afternoon, only a few truck drivers and a few passenger cars were stuck in the backup. The rest had been detoured. The crash damaged the bridge near Widener and caused a fire. ArDOT crews were working on a temporary fix Tuesday to get the highway back open. Crews disposed of debris and removed diesel fuel and oil from the roadway.

Traffic is slow on i-40 east today as two large trucks crashed and blocked the road for hours. The crash involved a box truck driven by a 50-year-old woman and a tractor-trailer. The box truck swerved off the roadway and came to a stop in a grassy area near the interstate.

CHP has issued traffic restrictions on the highway and asks drivers to slow down and give extra space between cars. They don’t want traffic collisions to cause I-80 to close, so they want to reduce congestion. As of this morning, US-50 in South Lake Tahoe was also closed at the Nevada state line. Drivers should plan their trips carefully, and only go out if necessary. There are gas stations, tow trucks, and lodging in South Lake Tahoe, but it isn’t recommended to drive to these areas today.

Traffic on I-40 eastbound in the state of North Carolina is backed up after a rollover crash. Three people have been taken to the hospital and the cause of the crash is under investigation. The crash happened east of Williams. ADOT has recommended alternate routes in the area.

The crash involved 17 vehicles and the weather is believed to be a factor. A car struck a guardrail, hit two other vehicles, and sent a semi off the road. Two people were treated for non-life-threatening injuries. While the crash was still ongoing, all lanes were reopened around five p.m.

Three people were taken to the hospital after a crash east of Williams. The exact cause of the crash is unknown. The state is recommending drivers use alternate routes. The TDOT SmartWay traffic cameras show the highway was partially closed near milepost 175. Traffic has been back to normal by the time this article went to press.

The Arkansas Department of Transportation (ARDT) is testing the roads in the area for safety. In the meantime, the eastbound lanes are closed as crews respond to the fire. Traffic has been diverted to Exit 239. The Arkansas State Police did not comment on the details of the accident, but say that the highway is closed while crews respond to the fire.

There are three vehicle collisions on I-40 east today. One was a box truck that crossed over the center median and then struck three cars. Two people were taken to the hospital where they are fighting for their lives. Life flight was on standby to help the victims. The Oklahoma Highway Patrol is investigating the crash.

The westbound lanes of I-40 remained closed after the crash but were opened in the eastbound lanes. Only a few cars and truck drivers remained in the backup. Everyone else had been diverted to alternate routes. The crash damaged the bridge near Widener. The ArDOT is now working on temporary repairs to reopen I-40 east. They are clearing debris, oil, and diesel fuel from the road.

Earlier in the afternoon, two vehicles collided in the median near mile marker 277. The lanes were reopened just before 5:50 p.m. The crashes occurred in the Wake-Durham county area. One involved a van and a tractor trailer. The crash forced vehicles to slow down or stop in their tracks on the highway.

The two truck drivers are seriously injured. The driver of the Ford Fusion was taken to the University of Tennessee Medical Center. The driver of the Nissan truck was also evaluated at UTMC. He was later charged with reckless driving, leaving the scene of a crash with injuries, and driving without a license. The Arkansas Department of Transportation is investigating these accidents.

It is unclear exactly what caused the traffic jam on I-40 east today. However, three people were taken to the hospital following a crash near the town of Williams. Although the cause of the crash is still under investigation, ADOT recommends drivers use an alternate route. Until further notice, the highway remains partially closed in both directions.

The Arkansas State Police confirmed that the westbound lanes have reopened but the eastbound lanes remain closed as crews investigate the crash. Eastbound traffic has been diverted off the interstate at Exit 239. The road is currently closed in both directions while crews are working on the scene.

Traffic is expected to be backed up on i-40 east today because of the work being done on I-40. Workers are replacing bridges over Cold Springs Creek and Harmon Den Road. The work is expected to last until May 20. During this time, drivers may have to merge into one lane or use Interstates 26 and 81.

The North Carolina Department of Transportation is planning to replace two bridges on Interstate 40 in Haywood County. Construction began Monday. Traffic will be limited to one lane in each direction between mile marker 18 and U.S. 276, but the traffic management plan will reduce overall construction time.

In addition, Highway 170 is closed near Shadow Moss Drive. Emergency crews are working to clear the roadway. Drivers should seek alternate routes to avoid delays. Highway 21B is also closed at the intersection of Grange Road and Bonny Bridge Road, and drivers are urged to take caution.