Cultural Festivals Around the Globe 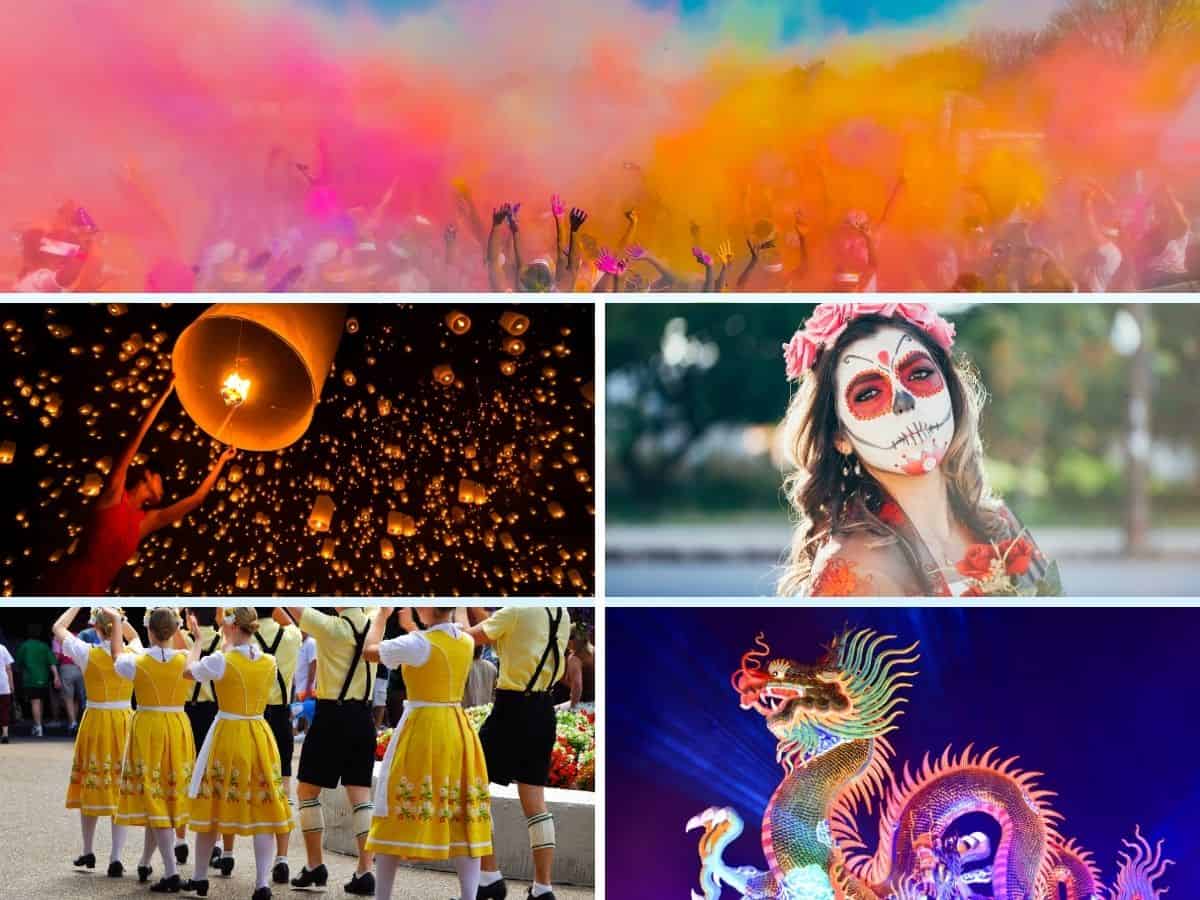 Cultural and religious festivals date all the way back to the beginning of human history, and they’re something that connects a global community. Today, there are thought to be around 4,300 religions; however, the exact figure is unknown, and there could be many more. As a result, we’ve no way of knowing every cultural festival in the world and how they’re celebrated. Despite this, the most major religions and cultures have widely known festivals, which we can strive to learn more about and broaden our cultural horizons. Listed below are some of today’s most broadly followed cultural festivals.

The Hajj is a pilgrimage to Mecca, which all able Muslims are expected to do at least once in their lifetime, and Eid al-Adha is the festival that marks the end of the Hajj. Islam is comprised of five key principles that are otherwise known as the Five Pillars of Islam. Hajj is the Fifth Pillar, making it one of the core principles that every Muslim must base their life around.

Next is Navaratri, which is a Hindu festival that is predominantly celebrated in India. This festival takes place across a span of nine days, in which three of these days are dedicared to the worship of the Goddess of Knowledge, the Goddess of Wealth, and the Goddess of Valor. These three notable figures are known by the names of Maa Saraswathi, Maa Lakshmi, and Maa Durga.

Across the nine days, Hindus will typically give priority to fasting and feasting during the day and the witnessing of religious dancing and worship at night. Similarly, texts are recited to ward off any demons. Following this, the 10th day of Dussehra is a time of celebration.

In Japan, Setsubun is celebrated as spring commences, as a cleansing ceremony from evil spirits that cause disease. Therefore, the purpose of this festival is to ensure that the year that follows is free from evil.

Several events take place during the commemoration of Setsubun, including families throwing roasted soybeans out of their house. Additionally, one family member may dress up as an evil spirit, whereby the rest of the family will chant a song to be rid of the evil spirits. Ceremonial food is also consumed during this time, including the special sushi setsubun roll, which is traditionally eaten in complete silence after a wish has been made.

Pentecost is a Christian holiday that is often overshadowed by the likes of Christmas and Easter; however, it is one that holds much religious significance. It commemorates the coming of the Holy Spirit, which signifies the birth of the church. Despite this, it isn’t celebrated by all churches.

Typically speaking, Pentecost is celebrated via worship and sermons, and people often use symbols and colors to decorate. For instance, red symbolizes the fire of the Holy Spirit. Meanwhile, some churches will take this as an opportunity to receive new members, and the members will wear white on that Sunday.

Traditionally, fireworks are let off on the night of Chinese New Year, as they’re said to ward off monsters.

4 Ways You Can Spend Fun Time with Your Family

The Best Infant Massage Oils to Help Your Baby Relax

Enjoy Hair Care Reviews: Your Guide to the Best