Why do so many people study in Australia? 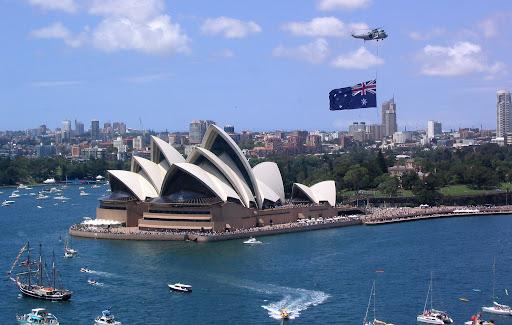 It is common to hear from many people that the experience in Australia was positive, making them, after some time, want to return to the country, both for leisure and for study or work exchanges. This positive outlook is influenced by the lifestyle and habits of many Australians. Check below some reasons that lead people in the world to go to Australia and take the opportunity to plan your study in Australia.

At first, one of the main attractions is the Australian landscapes. This does not mean that the other places across the world lacks beautiful natural places, but Australia has a fauna and flora that are quite different from what we are used to. This peculiarity generates great interest, mainly because of the safaris, forest reserves and native animals, in addition, of course, to the beaches that are among the most beautiful in the world.

One factor that has a major impact is quality of life. The country has excellent resources and services, from job opportunities to easy access to quality healthcare and education. This characteristic is felt mainly in large urban centers. Australia’s HDI (Human Development Index) is the second best across the globe, according to 2014 data.

It is worth mentioning the country’s infrastructure. The positive experience lived by many people is a reflection of cities prepared to receive tourists, international students and workers alike. In the case of universities and language schools, for example, the courses offer different types of study and are references in world rankings.

3 Australian destinations to consider when deciding on your exchange

Australia is one of the best options for international students who want to enjoy a different experience, but still feel at home.

Opting for destinations in Oceania to exchange is an economical idea that brings a series of advantages in relation to the prices of housing and services. Australia has, in addition to an excellent structure to receive tourists, some of the best universities in the world to study and add even more experience to the curriculum.

With the aim of helping you plan your exchange, we have selected three of the best destinations in Australia to study. Check the list!

Melbourne, capital of the state of Victoria, is located on the south coast of Australia. The city is known around the world for hosting famous sporting events, such as the Tennis Grand Slam, the Formula 1 Grand Prix and the Australia Open.

The region still has an interesting contrast between the seasons: in the summer, people surfing and diving on the beautiful beaches and, in the winter, ski resorts located in the mountains. In addition to the climate, the place also attracts the attention of international students due to the reputation of being one of the main cities to train professionals in the field of information technology.

Adelaide, located in the state of South Australia, is one of the biggest and best cities to live in the country. The municipality is extremely coastal and very cultural, hosting several musical and sporting events. Despite being metropolitan, Adelaide is not as hectic as other urban centers and is ideal for those who want a quiet city, but rich in experiences.

The city’s climate is Mediterranean, with mild, dry summers and wet, cold winters. During June and July is the rainy season in the region, so it is best to avoid these months of the year if you want to enjoy the beaches.

Perth, located in Western Australia, is the state’s capital and largest city. The municipality is constantly developing and is an important industrial and commercial center.

In the city, summers are usually hot and dry and last from December to March, like most countries in the southern hemisphere. February is generally the hottest month, making Perth a city with a typically Mediterranean climate. Winters, which last from June to August, are rainy and cold.